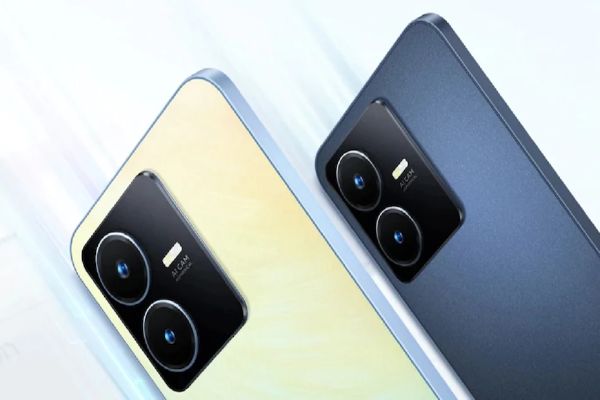 Vivo Y22s flaunts a 6.55-inch Full HD LCD display with a resolution of 720 x 1,612 pixels. Talking about the processor, this smartphone is equipped with Qualcomm Snapdragon 680 SoC.
Sajan Chauhan Updated: 19 August 2022 16:16 IST
Share on Facebook Tweet Share Snapchat Reddit Email Your opinion
Vivo Y22s with 50MP camera, 5000mAh battery listed on official website ahead of launch!Photo Credit: Vivo
special things
Vivo Y22s has a 6.55-inch Full HD LCD display.
This smartphone is equipped with Qualcomm Snapdragon 680 SoC.
It works on Funtouch OS 12 based on Android 12.
quick link
Specifications of Vivo Y22s
Vivo Y22s price
in this article
Vivo Y22s
Vivo Y22s
Vivo Y22s has appeared on the official website of the Chinese smartphone company, which makes it clear that the phone can be launched soon. Vivo has listed the upcoming Y-series smartphone on its global website revealing the specifications.

But the company has not given any information about the launch date. The listing reveals that the Vivo Y22s packs a 50-megapixel dual rear camera and a 5,000mAh battery. This smartphone is equipped with Snapdragon 680 SoC, 8GB of RAM and up to 128GB of storage. Let’s know about this smartphone.

In terms of specifications, the Vivo Y22s sports a 6.55-inch Full HD LCD display with a resolution of 720 x 1,612 pixels. Talking about the processor, this smartphone is equipped with Qualcomm Snapdragon 680 SoC. For storage, it has 8GB of RAM, which can be expanded up to 16GB of built-in RAM.

It has 128GB of storage which is expandable via microSD card. Talking about the operating system, it works on Funtouch OS 12 based on Android 12.

Vivo Y22s has been given Wi-Fi, Bluetooth v5, GPS, GLONASS, NFC, OTG, FM radio and USB Type C port. Talking about the sensor, it has been given accelerometer, ambient light sensor, e-compass sensor, gyroscope sensor and proximity sensor. Apart from this, a side mounted fingerprint sensor has been given in this phone. For battery backup, Vivo Y22s has a 5,000mAh battery which supports 18W fast charging.
Vivo Y22s price

Till the time of writing the news, the price of Vivo Y22s has not been given on the company’s website. No announcement was made from the company’s official Twitter handle either.