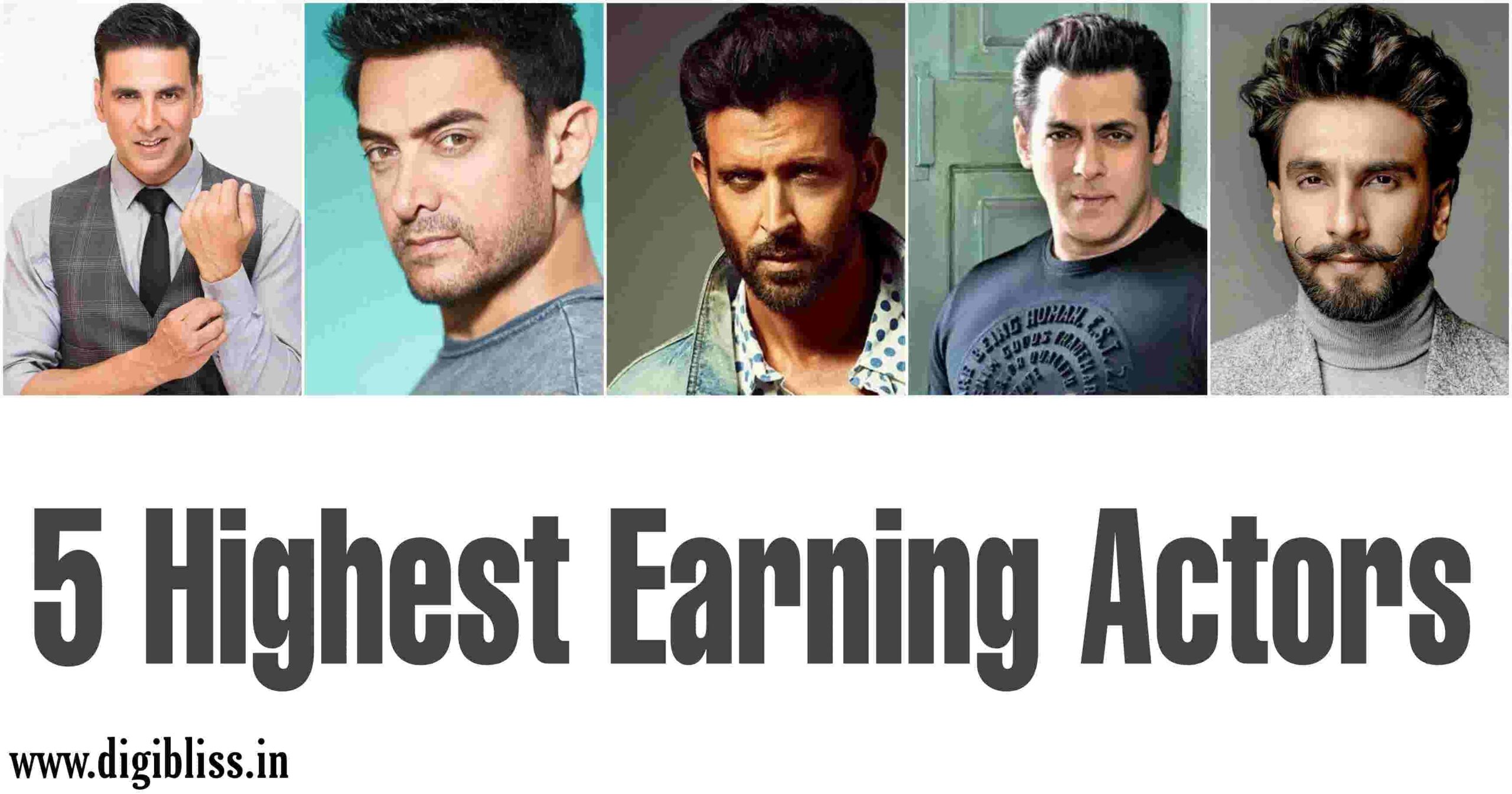 Bollywood is the largest movie producer in the world as India is the movie capital. The Indian film Industry produces three times more films than Hollywood, and Bollywood has a significant role in the Indian Film Industry.

When it comes to Highest Earning Bollywood Actors, many actors come across our minds, like Shahrukh Khan, Akshay Kumar, Salman Khan, etc. But the question is- Which is the Highest Earning Actor? How much do they charge for a single film?

Since the beginning of Bollywood, thousands of actors have tried their luck, many failed while others are successful now. So in this blog, we will figure out the “Top 5 Highest Earning Bollywood Actors in India”.

Akshay Kumar (Rajiv Hari Om Bhatia) is one of the most popular actors in the Bollywood Industry. He originally belonged to the Punjabi family. Akshay Kumar debuted with the film Deedar in the year 1992.

Akshay Kumar is currently the Highest Earning Bollywood Actor in India. There is no official report of his charges per movie. But according to some leaks, his charges are around 100-135 Crores per movie he performs.

Mohammed Aamir Hussain Khan is of the most influential and successful personalities in Bollywood. He is a 57-year-old Indian actor. Aamir is not just an actor, but he is also a film director and producer in Bollywood Industry.

He debuted as a lead actor in Qayamat Se Qayamat Tak in 1988. Interestingly, thing is that Aamir roles in fewer films unless the script grabs his attention.

He is the 2nd Highest Earning Bollywood Actor in India. His charges are around 75-85 Crore for a single movie.

Abdul Rashid Salim Salman Khan is a 56-year-old, son of the well-known, celebrated screenwriter of the 1970s Salim Khan. He is not only the finest actor in Bollywood but also a successful producer.

He started his filmy career in the year 1988, with the movie Biwi Ho To Aisi. He was the lead actor with super glamorous actress Rekha.

Salman Khan’s remuneration is around 70-75 Crores for a movie. With a fixed charge in a movie, he also shares some profit from the total revenue of a movie.

The fourth Highest Earning Bollywood Actor in India is Hrithik Roshan. Hrithik Roshan is one of the most amazing personalities in Bollywood; he is widespread in India not just for his muscular body and dashing looks but also because of his remarkable dance moves.

Hrithik Roshan made his film debut with a leading role in Kaho Naa… Pyaar Hai in the year 2000 was a huge success. This film created a space for Hrithik Roshan with an identity as a fresh face of success; he also earned two Filmfare Awards, namely Best Male Debut and Best Actor.

He is presently the fourth Highest Earning Actor and charges around 50-70 Crores per movie.

The most energetic actor Ranveer Singh is a newcomer in Bollywood, but he made a different space in the film industry, and now he is the fifth Highest Earning Actor in Bollywood.

He debuted in the Indian film industry with the movie Band Baaja Baaraat (2010). The film succeeded and Ranveer Singh mesmerized the Indian audience with his impressive performance. Ranveer Singh is the foremost solo actor to be launched by Yash Raj Films via one of their productions.

Ranveer Singh is one of the well-known actors in Bollywood, who takes around 30-35 Crore for each movie.