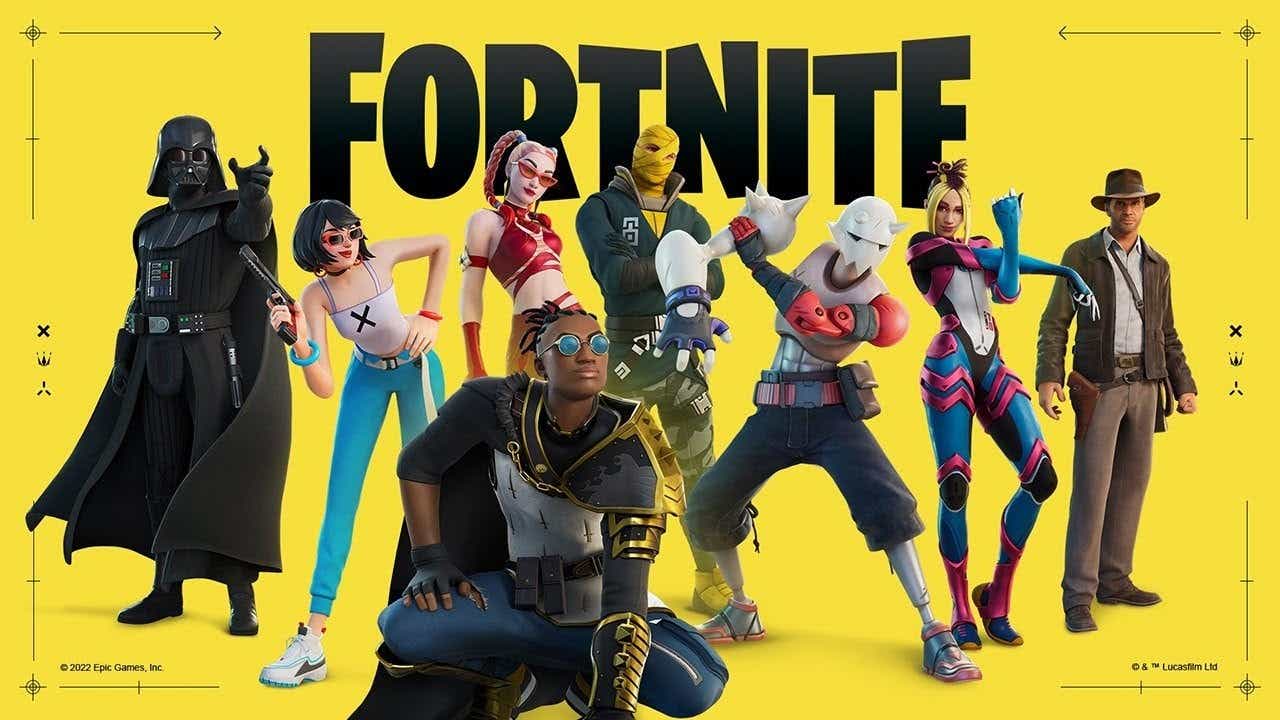 In Fortnite, most of the skins are paid and accessible by spending V-Bucks, but Epic game offers some free skins, which are as good as the paid ones. Since the game launched, various skins have been released, but when it comes to the best one, there are very few choices available, and that’s the topic we are discussing.

While some of the skins in the list are only accessible in specific events, Rainbow Racer is from the very few you can get by just referring a friend and hitting level 60 on both accounts. Although the skin is not the best looking, it is undoubtedly better than the default skin.

Krisabelle skin is a remake of Isabelle in a Christmas-themed look. It is also the Winterfest 2021 skin, first released in Chapter 3 of Season 1. It might not be available in-game now, but players interested in other Isabelle skins of the Oakwitch Academy Set can buy them from the item shop.

Ruby Shadows is one of the best skins of Fortnite, and the skin is only awarded to the players who completed the Street Shadows challenge in Chapter 2 of Season 6. Along with the skin, players also got Ruby’s Back Bling, Harvesting Tool, and Glider. Unfortunately, the skin is no more available for free in Fortnite; players who want to buy the skin along with the Street Shadows Bundle from the shop have to pay the 1500 V-Bucks.

Epic Games launched the Tart Tycoon skin in 2020 when apple removed the Fortnite game from the App Store. This skin was launched to represent the #Free Fortnite movement. Players who managed to get 10 points during the Fortnite Cup got the iconic Tart Tycoon skin. Unfortunately, epic games lost the case against Apple. But the scenario had given one of the best skin of Fortnite.

The game presented one of the best offers to its players in Chapter 1 of Season 8: a free battle pass to every player. Every skin which falls under the battle royal pass was available for free, and Blackheart skin comes in the battle royal pass. Players had to reach the Tier 1 battle pass to obtain the Blackheart skin. Also, the skin could be upgraded up to eight times and came in three different types.

In Winterfest 2019, along with Wooly Warrior, Lt. Evergreen was also introduced. This skin was wholly dedicated to the festive seasons as Jonesy’s character model was seen in a Christmas tree costume. Another reason behind the popularity of the skin was that this is the only skin that comes with Built-in-Emote.

Hybrid is the other best-looking skin that could be obtained at no cost in Chapter 1 of the Season 8 battle pass. Hybrid can be upgraded to the fourth tier and comes in four different styles. Players needed to hit Tier 1 in the battle pass to unlock the Hybrid skin.

Another Epic Fortnite Outfit from the Snowdays set is the Snowmando Skin. The cute-looking is dangerous to foes on the battlefield and a big fan of hot cocoa. Players have to complete 9 out of 14 Operations of Snowdown in Chapter 2 of Season 5.

Believe me or not but Polar Peely is the most popular and fascinating skin in Fortnite. It was launched in the Winterfest 2021. The only difference between both the blue color and a hint of Frost is that it utilizes the original Polar Peely model.

How to get Free Emote in Fortnite?

How to Get Free Skins in Fortnite ?